Mike is a worship leader / singer / songwriter and Compassion Canada Artist who resides in Calgary, Alberta, Canada with his wife Jennifer. Mike has released three CDs of original modern worship music, “Singalongs & Pseudohymns” (2016), “To The World” (2011), and “Together” (2006).

In addition to serving over a hundred churches across Canada with Compassion, Mike has been privileged to lead worship and play at events such as the CCCC National Convention, Promise Keepers, Willow Creek Arts Summit, and other conferences and retreats.

Mike has a Bachelor’s degree in Education (music), and a Master’s degree in Leadership and Training, along with over 25 years of experience leading worship and teaching at the High School and College level.

Mike’s passion is writing sing-able, theologically sound worship songs for use in local churches. Several songs from his CD projects are receiving radio airplay, and many of his songs are being used in congregations throughout North America and beyond.

“Singalongs & Pseudohymns” (2016) was recorded using some great gear on loan from what used to be Slyngshot Studios in Calgary. The 12 song CD features 8 contemporary remakes of old hymn lyrics, and 4 of Mike’s originals / co-writes. Mixed & Fixed by Andy Horrocks at AME Studios in Kitchener, ON, and mastered by Jason Germain in Nashville, TN. This critically acclaimed album is receiving radio play on Christian radio stations in Canada, USA, and beyond.

“To The World” (2011) was recorded with Leroy Harder and Dan Nel at Slyngshot Studios in Calgary. The 12 song CD contains songs co-written with Laurell, Jon Bauer, Brad Rempel (of High Valley), and Dan Nel, in addition to seven of Mike original songs, and a remake of a favourite hymn. The project features 20 great musicians from across Canada. Several songs from this album are in rotation on Christian Radio stations across Canada.

“Together” (2006) was recorded with Anthony Packwood at Trinity Recording Studio in Calgary. It features 10 original worship songs, and two “bonus” tracks... an a cappella version of “Unify”, and a Christmas version of “Together”. Over 25 musicians contributed to the making of “Together”. “Redeeming Grace” from this project has been getting radio play for over ten years now.

All of Mike’s songs are covered by SOCAN and CCLI agreements and are available for use in local churches. Chord Charts, Lyrics, Song Stories, PowerPoint, MediaShout, and other worship resources are available FREE at www.mikerschuster.com 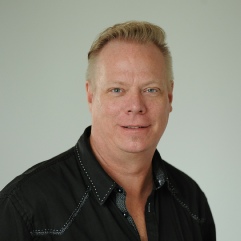